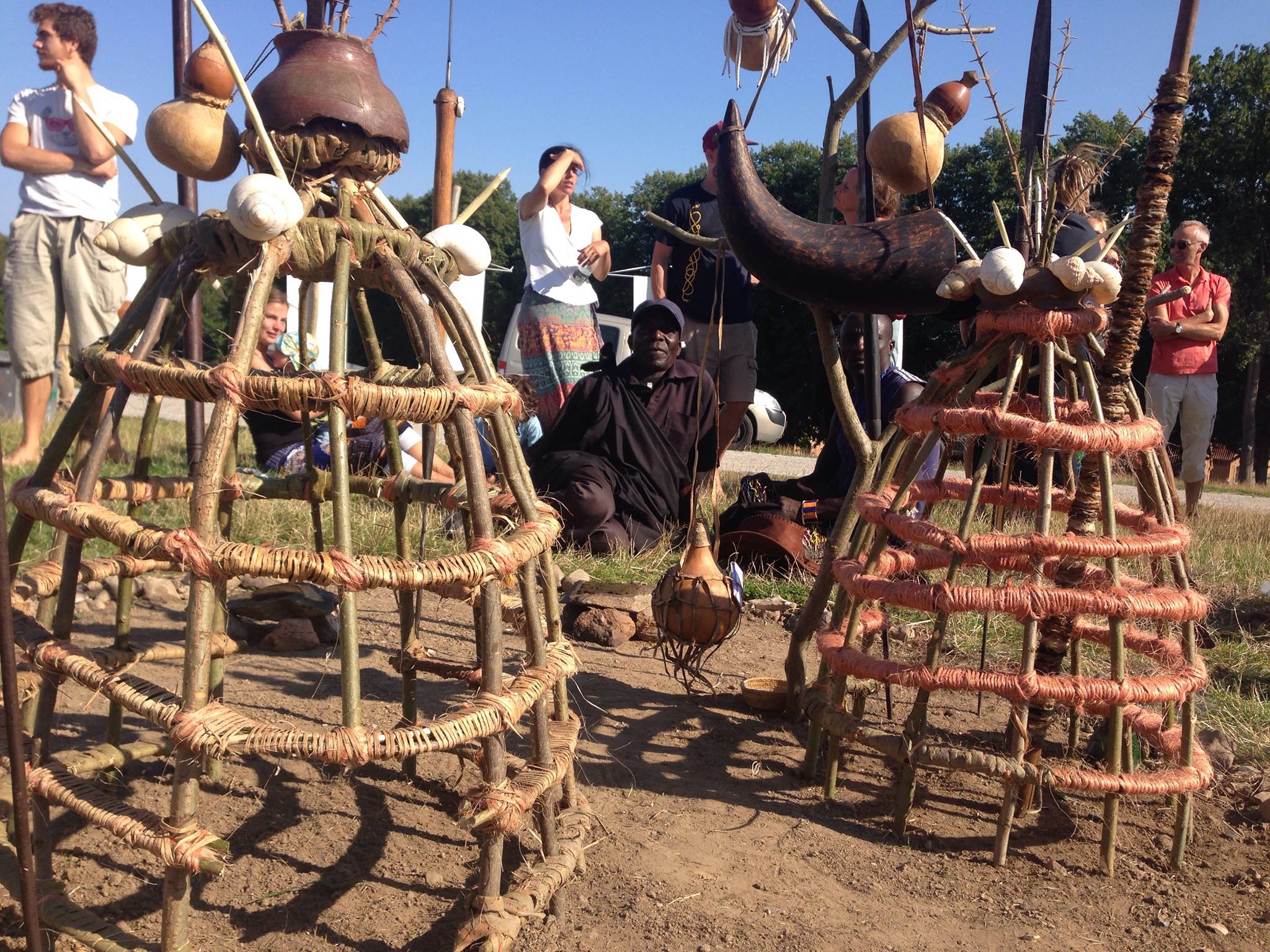 In 1973, Wanacecilia dancesociety was invited to Denmark by “U-landsfonden af 1962” and K.H. Skot. During the visit, the group performed at the famous danish museum Moesgaard.

In 2015, 4 representatives fra Wanacicilia came to Denmark, invited by the Utamaduni Camp. Together with members of local danish sukuma-dancetroups and Sukumas living in Denmark and Sweden, they were invited to participate in the excibition called ‘The living dead’. For two days danes could meet the Sukuma culture at the doorstep to the museum. While drums and dances were performed, a set of ancestor huts (Misamva) were build on the very spot.

Video (By Danish Broadcasting DR) from 1973:
The WanaCesilia dance troupe from Bujora Museum, Mwanza, Sukumaland, performance at Moesgaard Museum in Denmark in 1973. This clip is from Danish Broadcast: Danmarks Radio. The visit led to a group of danes re-visitted Sukumaland in 1977. A trip that was the beginning of a long long friendship and cultural exchange between Denmark and Tanzania, Djursland and Sukumaland.

Video from Bujora by Tanzania Tourist Board

Everybody wants to greet you

Scroll back to top